Last week I listened to The Joy of Being Selfish by Michelle Elman and honestly, it rocked my world. I have always been a textbook people pleaser and would always put other’s needs before my own. I have been called a door mat, someone with no backbone and a push over. I took pride in being the person that others always go to in their hour of need and the more I gave out, the better of a person I felt. Until I didn’t.

I have always let people have a lot of access to me. From my fleeting years of (low-level) Instagram fame where I shared the most intimate details of my experiences with mental health and an eating disorder, to never turning my phone off and always allowing people to get in touch with me whenever they wanted and I would always reply, straight away. From listening to Elman’s book, I realise now that I was showing myself a complete lack of self respect and the only way for me to really practise self love and put energy back into myself is through boundaries. This felt like a scary concept but boundaries will strengthen the relationships that matter because the more respect I show myself and the more respect I demand, the more I will be given.

I initially started the book because I was struggling with someone I know. Conversations we had would replay in my mind when I tried to go to bed and would ruin my weekends because I’d be worrying about seeing them again the following week. They spoke to me rudely, sent me relentless Whatsapps and always called me at bad times. Sure, their conduct was inappropriate but I was allowing them to continue this behaviour by always responding, further confirming that any threats I made such as ‘please stop sending me Whatsapps’ had no roots. The more access I allowed them, the more ‘taken advantage’ of I felt and something needed to shift. This book gave me the tools to have a conversation with them where I laid out my boundaries and then I stuck to them.

Setting boundaries works, you can take ownership of your time and take no bullshit. Another thing that has helped navigating tricky relationships is that I don’t get to control how people react to me – my only power is how I choose to respond. Their response to my words/actions is not my responsibility and thinking about it on a Saturday night when I’m trying to watch Ant and Dec’s Saturday night takeaway, isn’t going to achieve anything positive or change what they are thinking. I do however, have the power to choose how I respond to myself and treating myself with kindness and allowing myself the time to switch off fully is something productive that I can do.

Boundaries with acquaintances is one thing but I also needed to instate boundaries with my friends and family. I have decided that I will do this by:

– Saying no if I don’t want to do something and not give a reason why. I used to really struggle with saying no to plans but I realise now that a gap in my diary doesn’t mean I always need to say yes. In the past, if I turned down a social invite I would worry that I would have upset someone or that they would be angry at me for not attending. Now, I realise that if I don’t want to do something then I am not going to have fun doing that thing and other’s aren’t going to have fun doing it me. I have the power to choose how I want to spend my time and this means that when I do spend time with others it’s because I really want to. I also will respect other’s boundaries by accepting if they say no to me.

I’ve realised that I do not need to be liked because I get to define if I am a good person. It is a sure thing that setting boundaries is going to rattle some people because suddenly, they don’t have the unrelenting access to me that they previously had. I have decided that a negative response to my boundary setting will show that they were previously taking advantage of my lack of boundaries and not because I have done anything wrong. Something that really impressed me about Elman’s book is the practical examples of where you need boundaries and how you can set them, as well as how to respond to those who do not respect them. Finishing ‘The Joy of Being Selfish’ left me feeling empowered to take back control of my life. There is so much more I could tell you about boundaries but ultimately they are an extremely personal choice. I would highly recommend reading the book and thinking about where you can set them in your own life because you deserve to reclaim your time, energy and self-belief. 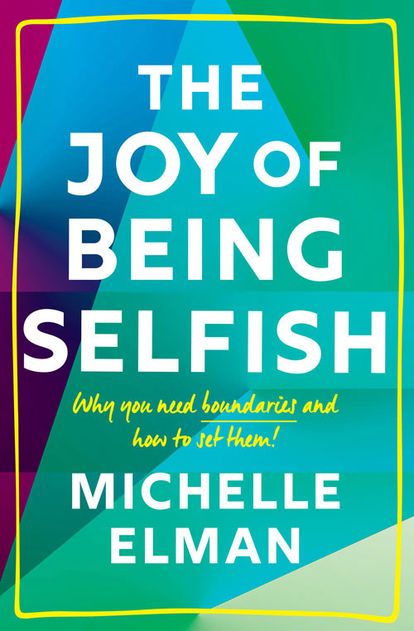