Now that I have taken a social media sabbatical, I know I’m a modern day martyr, I have loads more time to do stuff. Who would have thought? With this new found time and brain space I have started discovering loads of fun things I like doing, reading, listening to. Being offline also means I can’t publicize my blog posts or connect with you so that makes me a really shit blogger. Oops.

EDIT: I have just managed to add a lil contact box on the homepage so feel free to send your fan mail there.

Duo lingo: I’m learning French! Oui it is true. My Mum speaks fluent French and when I was little her and my Dad would switch to speaking in français to stop me understanding. I thought I’d learn the language just in case they start doing it again when I go and visit this weekend. French is a sexy language and apparently 34 hours spent on the app is the equivalent of a term of seminars at University. The app is free and soon I will be well on my way to being able to order a sandwich in Paris.

Refinery 29’s money diaries: I am absolutely obsessed with this feature on Refinery 29 where a modern day woman tracks her spending for the week and posts it for everyone to judge. I am pretty meticulous when it comes to managing my money and have a master spreadsheet of spendings and savings (I am a very fun person). I equally love finding out how other people spend their cash. The diaries are posted once or twice a week and are the perfect lunch break treat.

Spotify: I KNOW, HAVE I BEEN LIVING UNDER A ROCK? I have had Spotify for a while but haven’t ever utilized it properly. I now have a playlist for all occasions and keep adding to them. Now that I have my own office at work I have been listening to Radio 1 pretty much all day and finally have some modern music on my phone. My previous music collection consisted of 90’s bangers, club classics and musicals. Someone asking me to put some music on caused serious anxiety sweats because what if no-one else was interested in the Hamilton soundtrack? I’ve recently changed my account to a duo account with my gf which means a few extra quid saved a month and a free Google nest. Ours hasn’t arrived yet so I’m still not 100% sure that it isn’t a scam. C’est la vie.

Pick my postcode lottery: Talking of scams, this could also be a scam but if it’s not then you and I might win some money. Apparently there is only 2 people with my postcode registered and it hasn’t yet been picked so I live in hope. I expect a cut if you win big.

Sending emails: I have become e-pen pals with some long distance friends and it has been great being able to have real conversations with them and keeping each other posted on our news in a personal way rather than a Facebook status update. I absolutely love snail mail and this is a lush way of sending letters in a more accessible way. I tend to email them once every week or so and there is always so much to say and it is therapeutic too.

Trashy shows on Netflix: I highly recommend you watching the following shows immediately: Selling sunset, Below deck, Love at first sight and Too hot to handle. I’ve never been that into reality TV or soaps. Admittedly, I used to watch Eastenders but stopped after the dramatic Who shot Phil Mitchell saga. Sure I love a gritty crime thriller on BBC or a classic ITV 3 part drama but I would much rather watch rich people sell even richer people houses and outrageous people agreeing to marry each other without ever meeting until they’re engaged.

Podcasts: My current faves are – Shagged, married, annoyed, Off menu and Desert Island Discs. I listen whilst I cycle, walk, work, wash-up. I go through phases with podcasts but these 3 have stayed on my regular listens for a long time now.

Baking bread: Bread flour is back on the shelves people! I never want to try and make sourdough ever again after only 1 success and approx 186 failures during lock down and then our starter died. RIP. But no-one ever told me that making non-millennial bread can be fun and has a much higher success rate. We used this recipe and made bagels. Look here is a photo of Zoe taking a photo to prove it. 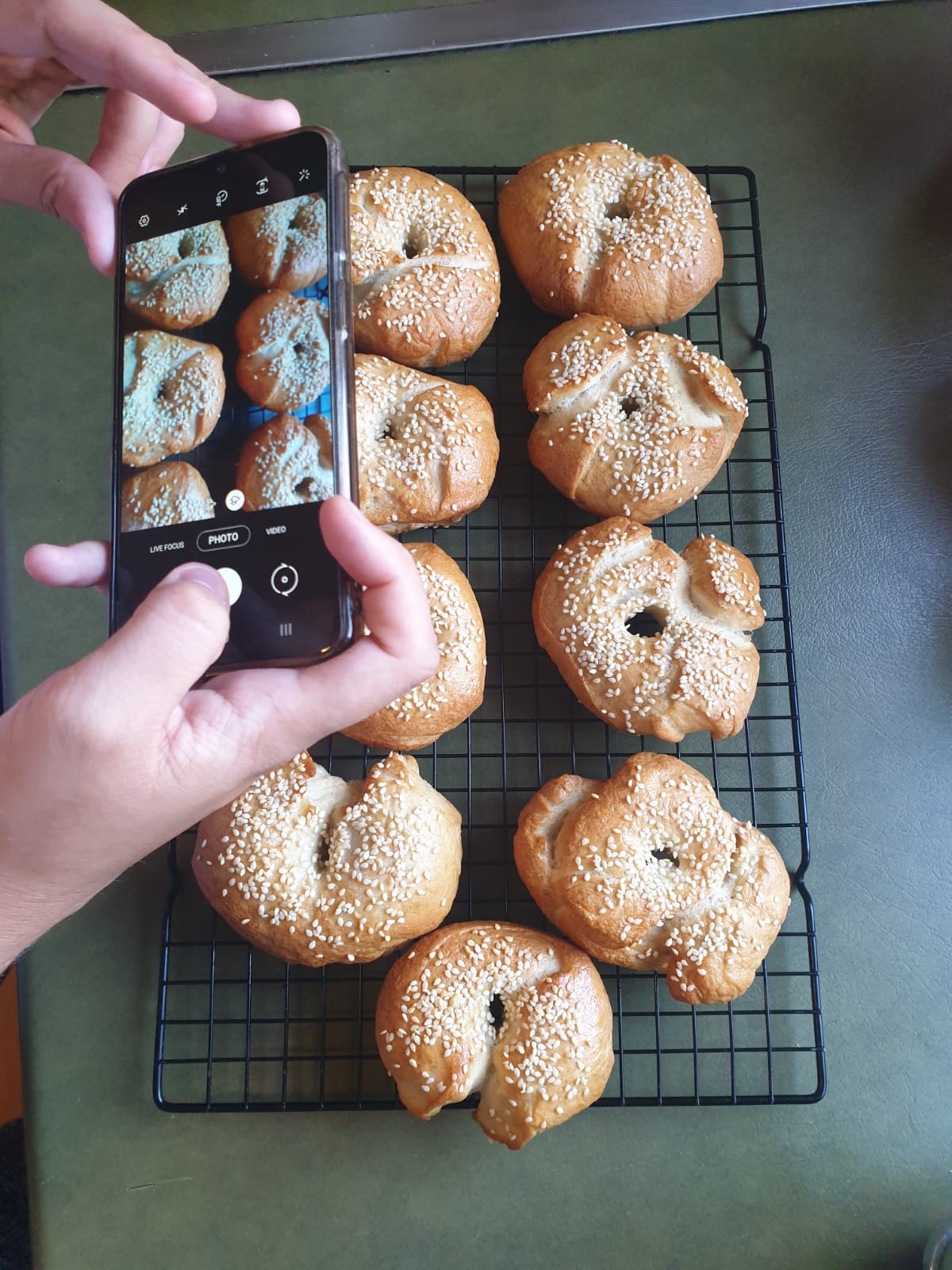 A lot of big life changes, some exciting and some hard are happening or on the horizon so I know I need to create some space in my brain - I usually leave it too long and then have a meltdown. Logging off my social media seems like a good idea. Bye for now.
Pleased to report that I am back in my reading groove 💃🕺
Another day, another bowl of spaghetti.
@achickenburger always keeps me well fed. This chorizo and scallop pasta was divine!
Lets go swimming.
Happiest by the sea. A glorious day in Dorset with my girl.